With the box office’s rebound just as 5K attendees are reconvening at CinemaCon in Las Vegas, exhibition and studios can rest easy knowing that there’s a return to a theatrical window. For most studios with tentpole fare, that’s 45-days, and for those titles with less commercial appeal or aimed at specialty audiences, it’s 17 days.

With a summer box office that’s loaded with such window-respecting movies as Doctor Strange in the Multiverse of Madness, Top Gun: Maverick, Thor: Love & Thunder, Jurassic World: Dominion, Lightyear, Elvis, Nope, Bullet Train, and more, it’s pretty safe to say that most of the majors have gotten their jonesing for day-and-date out of their system. They’ve largely learned that collapsed windows siphons ticket sales, spurs greater piracy and infuriates talent. Studio executives are re-awakening to the power of windows, and if there’s any indication to which way the wind is blowing, such architects of theatrical day-and-date, i.e. WarnerMedia Head Jason Kilar, has left the lot.

As Matthew Goode’s Robert Evans says in Paramount+ The Godfather series, The Offer, “You got brains, and you got balls” and that’s what it took for these studios, largely Sony, and yes, Universal, MGM/UAR, and others to bet on theatrical again as box office capitals LA and NYC reopened, and return moviegoing to some semblance of normalcy.

Comscore Media Analyst Paul Dergarabedian recently pondered about the success of Sony/Marvel’s Spider-Man: No Way Home, saying “Can you imagine if it had flopped?” If that pic’s box office of $804.3M domestic, and near $1.9 billion global didn’t happen, there would be a lack of faith among the motion picture studios about theatrical.

“We realize that the old ways of doing business are the best means to making money,” confessed one major studio Boss to the Deadline about remaining committed to theatrical; essentially admitting that the crazed pandemic, experimental ways of theatrical day-and-date didn’t optimize revenue. However, selling the same piece of content two-to-three times to the consumer; now that’s the way to make money.

So as we anticipate an endemic, it’s proper to tip our hat to Sony, for having the longest theatrical window for a movie during the pandemic at 88-days with Spider-Man: No Way Home. Sony will fire up CinemaCon’s opening tonight with their presentation at Caesars Palace. They are the only studio without a sister streaming service. Because they’re focused on putting a box office value on their slate, that in turn swells the value of their pay-one TV deal with Netflix (for an exclusive 18 months) and pay 2 with Disney; both amounting to a reported $3 billion. The Disney deal covers Sony’s 2022-26 theatrical slate and will see them go to Disney-owned streaming services Disney+ and Hulu, as well as to Disney’s linear networks, including ABC, Disney Channels, Freeform, FX and National Geographic. The flow of Sony’s windows are largely 45 days of theatrical, followed by EST and DVD/Blu-Ray, and then entering a pay-one window on Netflix, and pay 2 on Disney.

In an industry that’s obsessed with gambling billions on streaming so that they can catch up with Netflix; that OTT service recently losing 200K subscribers; Sony is making money the old-fashioned way.

“Our theatrical model is driving our success and that is our core business” Sony Pictures Motion Picture Group President Josh Greenstein tells Deadline, “Our biggest movie ever had the longest window.” More power to the windows philosophy is the fact that Spider-Man: No Way Home scored an EST sales record after a long play in theaters. Industry finance sources estimate that Spider-Man: No Way Home netted well north of $610M in profit after all ancillaries.

Riches lie for the Culver City lot in licensing their movies, rather than dump it exclusively on their own OTT service. WSJ called the studio “an arms dealer rather than a combatant in the streaming war.”

Now, there are several exhibition and rival studio executives who’ve sniped that Sony has sent the most movies to streamers during the pandemic, i.e. Hotel Transylvania 4 to Amazon, Greyhound to Apple TV+, and more.

“Streaming is additive to our business. It’s not our core business. We participate in the streaming economy strategically with certain films,” says Greenstein, “We’ve licensed some films to streamers during Covid, but our long-term big business model will always be driven by theatrical.”

Note Sony doesn’t sell off their films to streamers, rather licenses them, keeping linear TV, home entertainment and all of China rights. What studio didn’t try to survive during the pandemic by jettisoning shelved content to streamers? Let him who is without sin cast the first stone. Sony licensed for financial survival whereas others did it to stunt their own streaming platforms.

Adds Sony Pictures Motion Picture Group President Sanford Panitch about the studio’s diversity of product on the horizon, not just with Marvel films like Kraven the Hunter, but adult titles like Hello Sunshine’s Where the Crawdads Sing, “We’re betting on this concept of making product for everybody.”

UNIVERSAL’S WINDOWING, DOWN TO A SCIENCE

They were the first to create an uproar before theaters completely shut down due to Covid with the day-and-date PVOD theatrical release of Dreamworks Animation’s Trolls World Tour, but Universal finally found its footing. Their movies opening to north of $50M would get a 31-day theatrical window, while those debuting under that threshold would get a 17-day window. This is immediately followed by a PVOD window, with the movie hitting sister streaming service Peacock at 45 days or 120 days after theatrical (and also the last four month’s of a movie’s 18-month pay-one window). Following the first Peacock window, there’s a split pay and TV network deals. In a multi-year deal in the ten-figure range, Prime Video nabbed the exclusive pay-one window (lasting months 5 through 14) for Universal’s live-action movies starting this year. Prime Video also got the rights to a package of UFEG’s library movies.

What does the new system mean? Does it mean that Universal box office bombs Dear Evan Hansen, Ambulance and The 355 will now profit given the shorter window? No, but under the new model, the concept is to earn the most revenue possible. Essentially, a movie hits its highest point of consumer awareness two weeks after it opens in theaters. That’s a prime time to capitalize on a home marketing campaign for anything that has fizzled. Get the movies into homes faster to maximize monies while it’s on top of the consumer’s mind. It’s why the $70M Viking epic The Northman wasn’t platformed: There was only so much money it could make box office wise out of the gate (a $12M opening); now it’s best to fast-track revenues. That’s the thinking at least behind Uni’s windows approach.

Even before the box office bounced back, it was evident that each studio would have their own version of windowing to suit the diversity of their slate.

Many Paramount Pictures theatrical releases will get 45 days of exclusivity in cinemas before they go to Paramount+ and transactional home entertainment prior to going to their pay-one window on Epix. Paramount+ will become the exclusive pay-one TV window starting in 2024 once the Epix deal expires. Paramount’s current pay-one window is 21 months.

Warner Bros. announced it’s sending all of its movies to HBO Max 45 days after theatrical, which was the case with The Batman recently. The pic hit HBO linear on April 23, five days after debuting on HBO Max (April 18). The Matt Reeves directed movie is currently available to rent and and buy digitally. The Batman repped Warner’s first theatrical windowed title since practicing a theatrical-day-and-date HBO Max model that kicked off with December 2020’s Wonder Woman 1984. That pandemic model, which saw the studio’s titles on HBO Max for the first 30 days while they were in theaters (and exclusively theatrical in their second month before beginning a home ancillary downstream process) stifled grosses greatly (Dune and Godzilla vs. Kong were the only two movies to gross over $100M stateside last year). However, per the conglom’s executives, that plan drove subscribers to HBO Max. The change-up to a theatrical window with Batman has been lucrative with that DC title realizing $750M WW ($365M of that domestic) before it hit HBO Max on April 18. Despite the lackluster opening of Warner’s Fantastic Beasts: The Secrets of Dumbledore, the notion is that the J.K. Rowling movie will clear $100M before it arrives on HBO Max in late May.

While Disney announced a 45-day exclusive theatrical window for a crop of movies back in September; their theatrical title continue on to Disney+ thereafter as part of a pay one TV window. Disney says they remain flexible to market conditions when it comes to distribution. Pixar’s Turning Red was originally set for theatrical release on March 11, but Disney made it go exclusively to Disney+ in an effort to spike subs. The movie scored the best global premiere on Disney+ ever; Samba TV measuring that 2.5M U.S. households watched the pic in its first weekend, that figure beating December 2020’s Soul (2.4M). Disney’s last Marvel movie, Eternals, debuted on Nov. 3, 2021 and hit Disney+ free to subs on Jan. 12 followed by a drop on DVD/Blu-Ray/4K UHD on Feb. 15. Meanwhile, Disney+/Hulu and HBO Max/HBO co-share the 20th Century Studios titles until the end of this year in a pay one deal.

With Netflix losing $54 billion in market capitalization in one day last week, and its balance sheets carrying $14.5 billion in long-term debt, Hollywood studios with their own streaming services should brace for a rude awakening. Some of these studios aren’t brands abroad like Disney and Netflix, so launching them overseas will indeed be a problem, and expensive. Can they do it? Or will they need to merge? With Disney spending $33 billion on streaming, linear and sports programming this year alone, how does that translate into revenue or profit per subscribers? Is all of this burning cash for the sake of algorithms? (Granted, Disney+ and Hulu do make quality series). In the end, it’s not about how many people are watching but quarterly subscriber churn. If Netflix faces its own recession, do all the streamers buckle? It sure looked that way last week as rival streamers Paramount Global, Disney and Warner Bros. Discovery shares took a hit.

All of this should come as a lesson to the majors not to abandon their core theatrical business. People have been stuck at home for two years. If there was a made-for-streaming movie that was ever going to be popular and become a cultural phenomenon, it would have happened. Chew on this: Measure the wattage coming away from Free Guy and Red Notice. Which one are you more excited to see a sequel to? Free Guy‘s path though the windows system leaves a lasting impression after grossing $331M WW.

There’s something undeniable about the giant global marketing push of theatrical titles, and the experience of watching them in a theater together with a group of people; that makes them cultural events. The only way to really add value to IP is to make it have cultural impact. If the movie comes and goes like a million other things, it has no value.

“That tells you everything you need to know, about how we feel about windows, and that windows work,” says Greenstein speaking on behalf of Sony’s model, “Windows are critical to the success of all our films and the IP.” 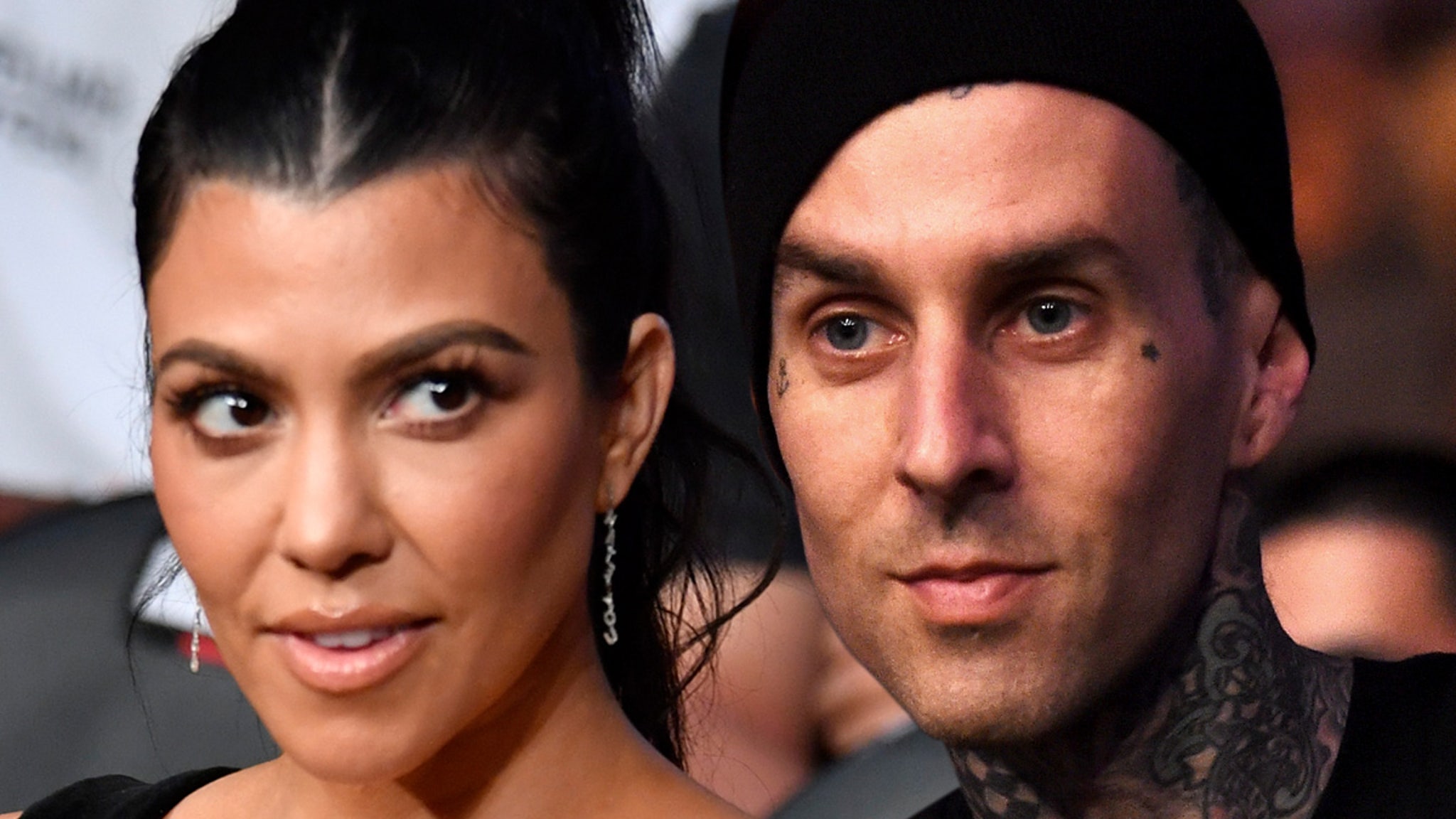 Kourtney Kardashian and Travis Barker Get Married in Las Vegas 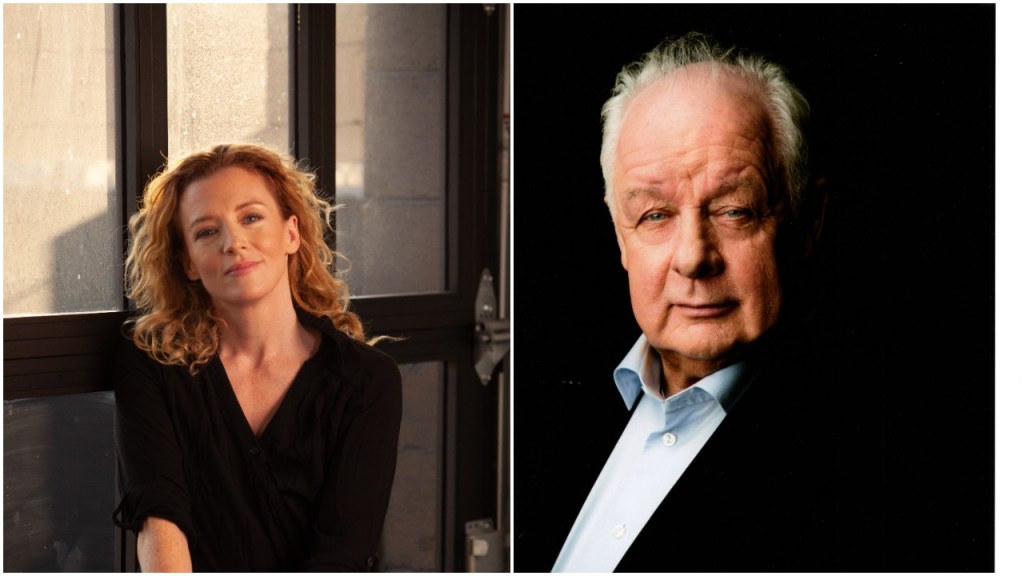